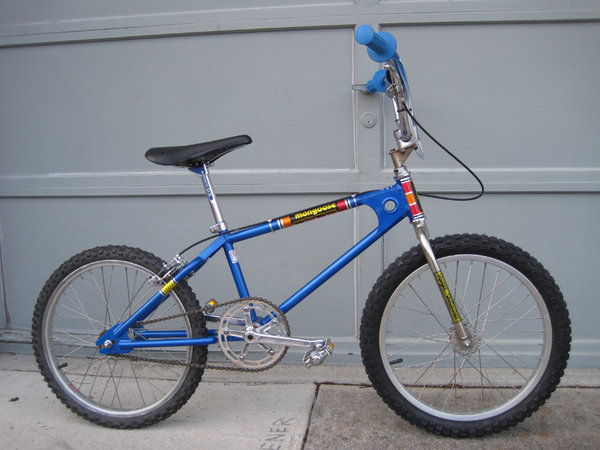 I found this frame in a trash pile.  It was pretty chewed up.  The dropouts were nasty, the solid piece behind the BB was really scuffed and the serial was 99% ground off.  The last number, however, was still partially there and it was a 0.  I took it to The Frame Doctor and he fixed it and powdered it.  I spent the better part of the year gathering the rest of the parts.

Itâ€™s loosely modeled after the â€™78-â€™79 two page ad in BMXA where the guy is holding it up at his head.  Parts list:

Custom numbers by me

More Bikes From Paolo (14 bikes in museum — View All)