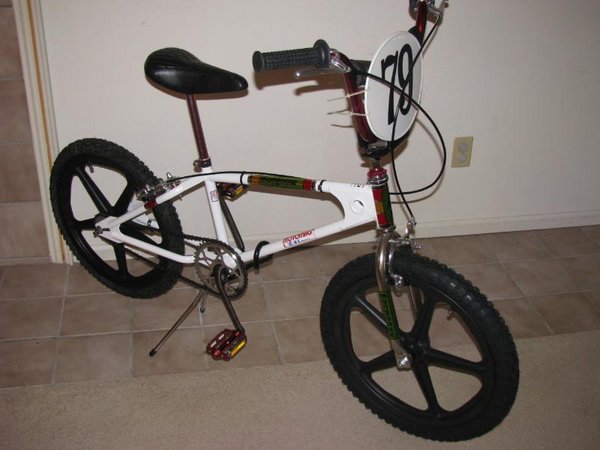 This bike is sort of a replica of my childhood bike. The original bike was built back in 1982 or so when I aquired my buddies old F&F. Someday I'll uncover a picture of it.

This bike was a garage sale find by my buddy in 2006 he was the same guy who sold me his Motomag bitd. I had the F&F powdered in Feb 2007 and just let it sit while I collected parts and built other higher end bikes. Well being that the bike is 30 years old, had been powdered for two years and the Midwest show was fast approaching I decided now was the time to finish it up. I originally planned on using red Lester mags and red Dia Compe brakes but the deep red in the decals seemed to go better with the black Tuffs and the silver Dia Compes. Hope you like it.

More Bikes From JoeKat (20 bikes in museum — View All)