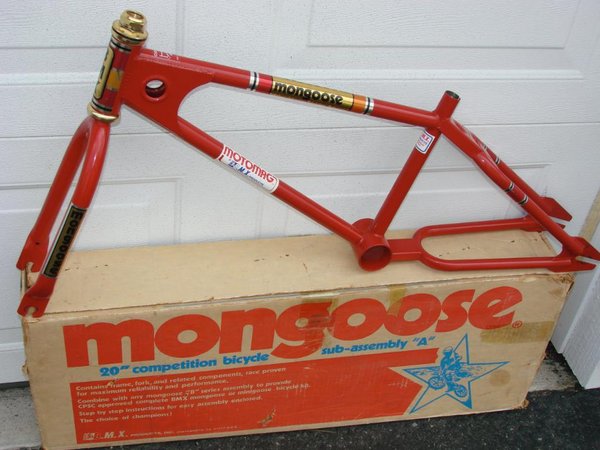 This is my mint NOS 1980 Red Mongoose frame and fork set with the original box. It's called the Mongoose "Sub Assembly A". It also came with a really nice "Gold" factory stamped headset. I've only heard of one other BMX Products NOS frameset like this with the original box. It was a 1981 Blue "Moosegoose" and was sold some time ago. As far as I know, this is the oldest and possibly the only NOS Chatsworth made Mongoose frameset with the OG box still in existence. It's a sweet time capsule going on 30 years old.