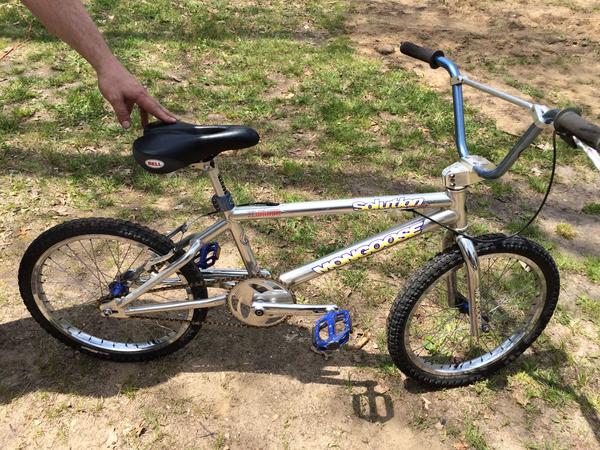 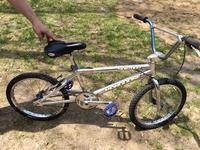 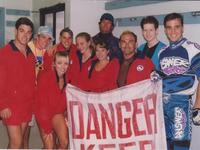 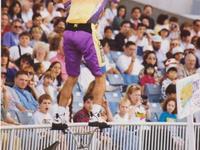 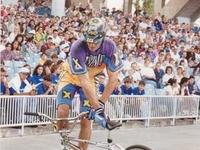 I caught the mistake on title, this is a Solution Pro!

The story on this bike was back in 95 and 96 I was doing flatland for the Baywatch Show at Sea World of Texas and Florida, Sponsored by Mongoose. A close friend of mine TJ Lavin was back in Vegas (where I was from) and I was getting him ready to join me in Texas for the 96 season. Right before things were finalized he went and won the King of Dirt and the rest is history. He never made it out to Sea World because he went on to join Specialize and win X Game gold medals. However, Mongoose had sent me this bike for him to ride in the show, and I used it to grab my mail. LOL. Still has original tires, I did change the pedals, seat, and Answer (another sponsor) had given me this crazy expensive seat post, so I put it on this bike. Other than that and minus the reflectors, this is as it was when the box came.

BTW, the 3 piece cranks were the worse, I broke 4 sets of them, and I was a flatlander.

More Bikes From DJ Dynamixx (7 bikes in museum. View all) 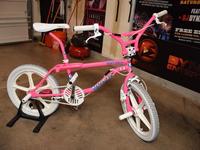 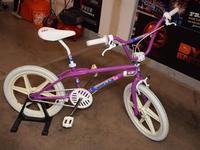 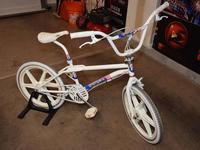 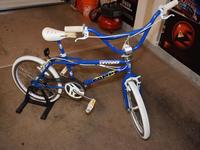 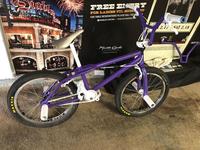 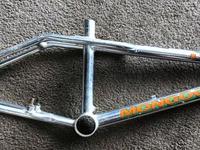