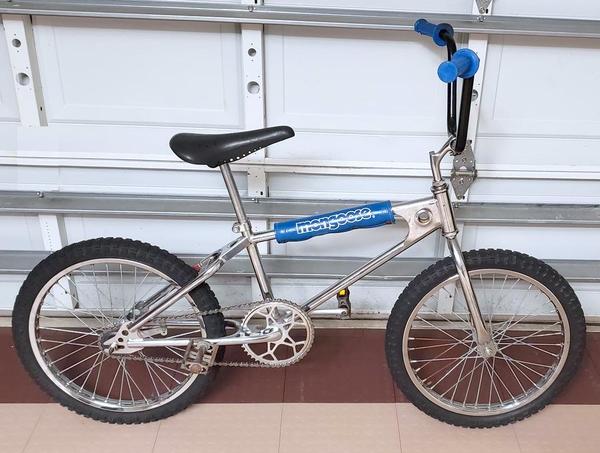 Rare Motomag that came with the steel Femco rims and large HD .105 steel spokes rather than the Motomags

This bike was built from 2 1981 Motomags that where both dated similar.  I replaced the original blue frame with the Nickel plated frame because it matches the rims so nicely.  Everything is original on the bike with the exception of the gooseneck.  I replaced the black ashtabula gooseneck with a chrome ashtabula.  Again, because it went with the bike so well.   They are the exact same neck and dated correctly just chrome vs. black.   I recently sold the bike and I am building a replica of my 1979 Black and Gold Mongoose II however, I am using all Team Mongoose parts.