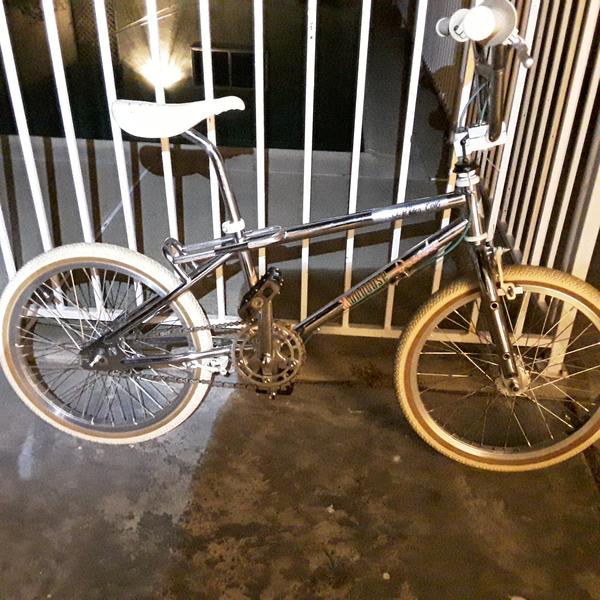 It ain't dead till I say its dead

Found the bike tied to tree in the middle of the field of the bike owner which also owned and lost his bike shop because the big retailer came and trampled the little shops in a rural area in northern california.everything is original with the bike with the exception of tires and grips .he said he forgot about this bike and was chained to that tree since the 90s.Plenty of elbow grease and oil for the lamp and I ended up with this nice restored DECADE.

More Bikes From TJEV (12 bikes in museum. View all)