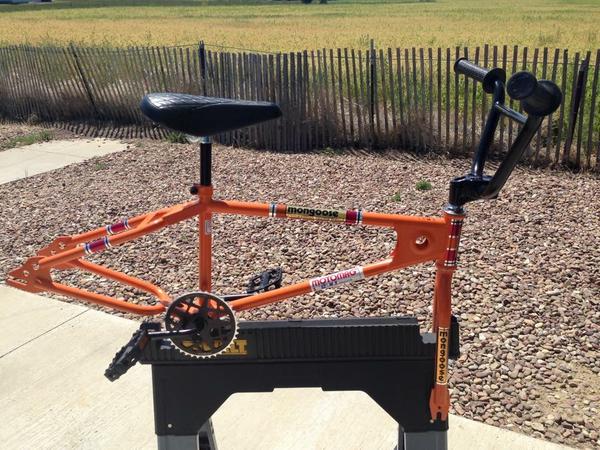 I purchased this bike in 2012. I stripped it down and rebuilt it to resemble my 1982 Mongoose Race bike. My original was stolen from my home in 1984. My parents could not afford another. The bike given to me as a gift from my aunt who owned a Coast to Coast store. For a year and a half, I owned the neighborhood. Bike is numbered 447/500.