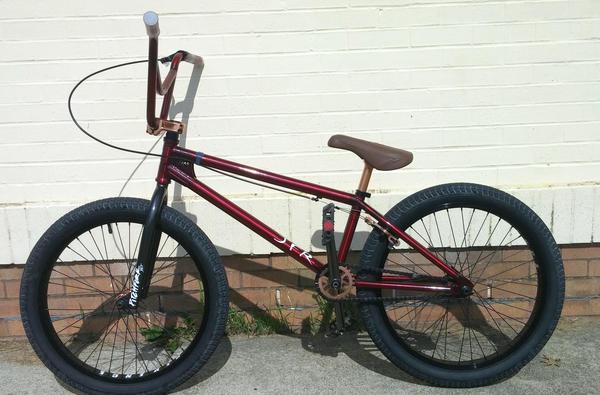 True park/street 22" from the mind of Lenny at Melton's Cycle Shop.

I had been debating on a 22" bike for a long time, but just wasn't fully sold on the geometry of any of the choices currently out there.  Well, when Lenny decided to have these made it was finally time to take the plunge.  The ultra short rear triangle and steep head tube combined with the small retro touch of the gusset was just to much to pass on.   First picture shows it's second configuration with the bars and stem changed.

Very cool bike, and yes its this direction on purpose, has a left side drive.. GAry