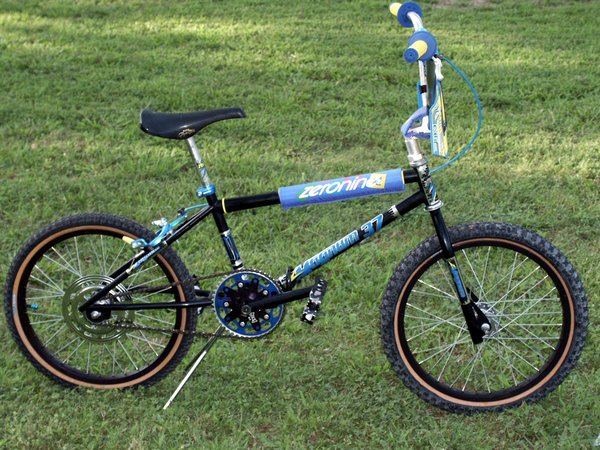 I did this bike up as something I think TT might have liked BITD. To my knowledge he never rode this combo, but I ran parts and accesories he used back then, like boss cranks and a spoke protector. I even used his number on the plate. Everything is restored or NOS

More Bikes From Green Griffin 420 (11 bikes in museum. View all)