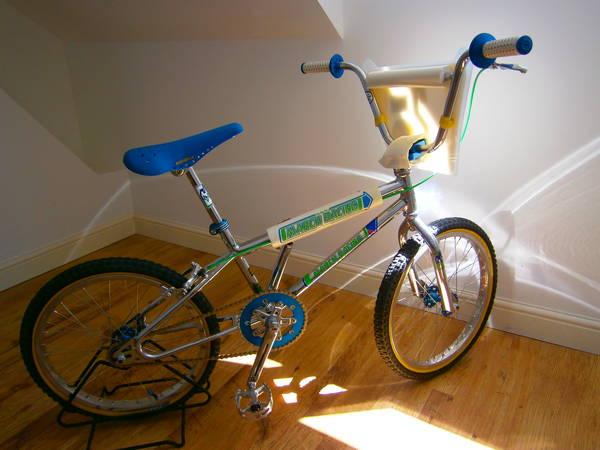 THE VERY BEST OF BRITISH

COMPANY IMFORMATION;Tim march was one of the u.k's finest racers,he could mix it with the very best not only here but worldwide.he launched MRD in 1984 in his own words 'out of necessity'.production was based in the south of the uk in a small town called New Milton and overseen by a company called 'tran am'  .made from reynolds 531 tubing and with brazed joints not welded,a very underated company which produced  awesome  looking framesets, up there with the best of them in design,how fast does this one look just stood still!!!

the frame ,forks and bars have had a rechrome,the rest is nos,refurbed and mint survivor parts.to say im happy to land one of these is an understatement,they very rarely come up for sale,this one is now going nowhere.Although an expert its really a pro size frame with an 181/2 tt.just an all round beautiful machine:)

More Bikes From markyp (15 bikes in museum. View all)