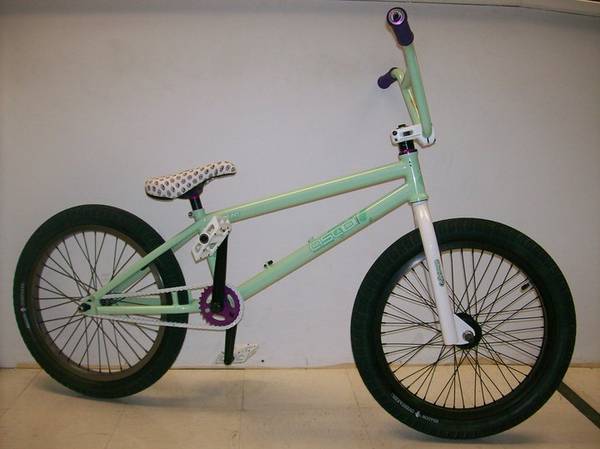 As sort of a community outreach program, that we dubbed 'For the People, By the People', the bike shop I work in offered to allow local kids to drop by and help assemble a custom bmx bike comprised of parts of their choosing. Due to the crappy weather that particular day, only 2 actually showed up. Never the less, they, and our staff, pieced together a one of a kind machine that later sold on the floor. I take a bit of credit for picking out a couple parts and manning the camera.