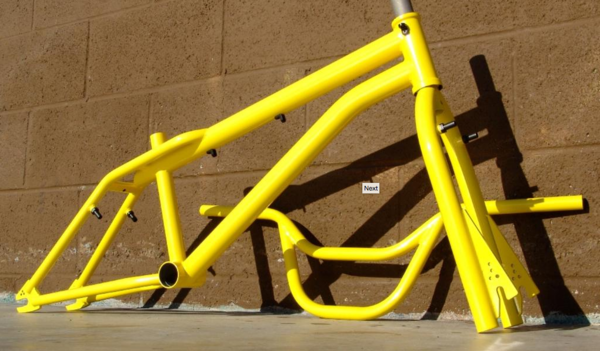 This is the Matched Set. You not only get the Former Pro Frame, but the Fork and Bar to match.

Originally Eddie and Supercross BMX owner Bill Ryan sat down in 2012 and designed up the Eddie Fiola Former Pro, Bill drew up and had the first prototypes built for Eddie.

More Bikes From Anonymous (546 bikes in museum. View all)