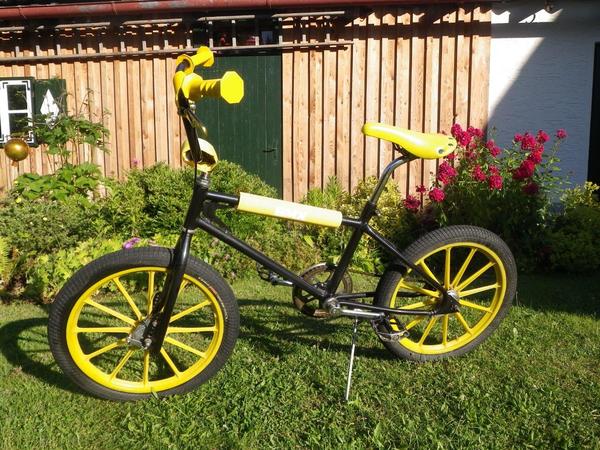 In the early Eighties in Germany nearly every boy wanted a BMX! And for the most of us, there was only one brand existing, e.g. in the OTTO or QUELLE catalogue: the BMX 2000!

This one has a V-type handlebar, a drum brake at the front and a backpedal brake. It has the rare 12-spoke plastic wheels from Italia. The pads are all new, also the tires.

KYNAST was the producer of mostly all BMX 2000 in Europe and had many different Trademarks: Superstar, Kelsgau, Radiant, Royal and many more.

More Bikes From scxscx (4 bikes in museum. View all)