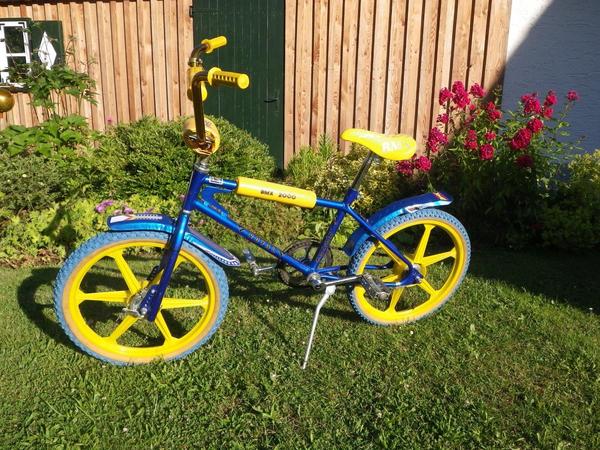 In the early Eighties in Germany nearly every boy wanted a BMX! And for the most of us, there was only one brand existing, e.g. in the OTTO or QUELLE catalogue: the BMX 2000!

This bike I got for 50.- bucks (euros) from a neighbour village from a guy, who first wanted to throw it onto the garbage...

It was a price won at the "IFA 1983"- Internationale Funkausstellung -

from the TV and Hifi-manufacturer "SABA". It was in 100% original condition, but I changed the brake lever, and the saddle (I kept the old parts, so I can re-change it every time). Even the tyres are original!

I´m now the second owner of this bike!

The fenders are tuning parts, but also timely.

KYNAST was the producer of mostly all BMX 2000 in Europe and had many different Trademarks: Superstar, Kelsgau, Radiant, Royal and many more.

More Bikes From scxscx (4 bikes in museum. View all)