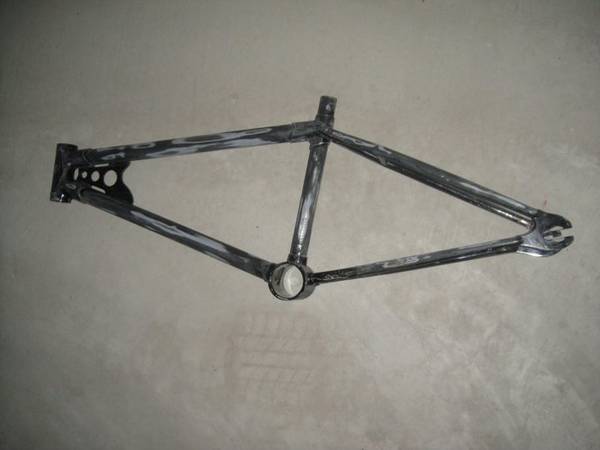 **SOLD** Originally lower end and somewhat rare, but a cool Kuwahara project none the less

I found this black frame without decals in a pile of scrap iron. Knowing only that it was an early 80's BMX frame is salvaged it. After hours of investigating I was able to conclude with relative confidence that it was an 82 Kuwahara Apollo based on the "82" serial# and the unique 3 hole gusset. Light sanding of the frame revealed faded paint showing "Kuwahara" where the decals once were which confirmed the make. The bike will be temporarily completed with close to original parts as I am eager to get this rideable with orignial parts incorporated as I get them.

More Bikes From Kurt_Rad (83 bikes in museum. View all)