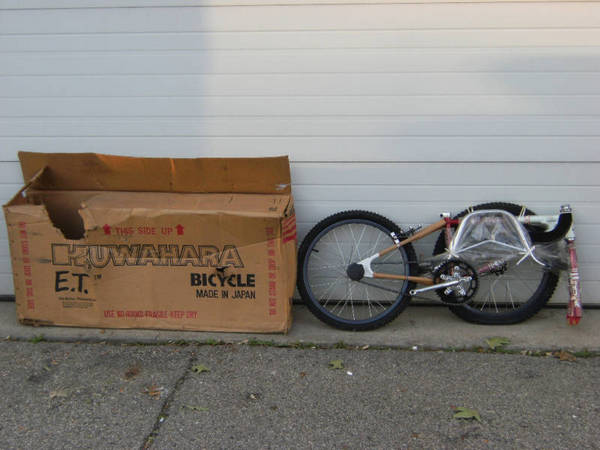 NOS in the box and never built 1982 Kuwahara ET

Is this the only NOS in the box and never built Kuwahara ET?

Time will tell I guess.

This bike was purchased from a retired bike shop owner that put this ET away back in 1982 and stored it ever since.

It is the top of the range 3003 Model with an interesting variation, it has the IRC MX80 black wall tyres instead of the gumwall MX80's usually seen on a 3003.

The plan is to never assemble this bike but to display it in a very unique way to be revealed at a later date.

I can resist the temtation to build it, as I have the 3 other Looptail ET's awaiting restoration.

More Bikes From Elliott (4 bikes in museum — View All)