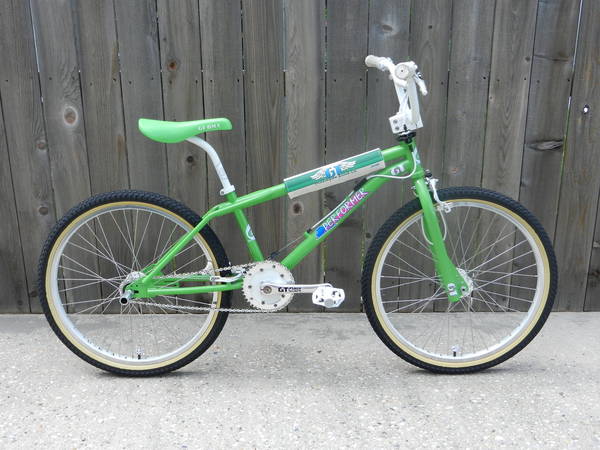 My old bike all growed up!!

Ever since I got back into BMX, I wanted my first real bike back. Then I thought how cool would it be to have my old bike in a cruiser size? Then they started popping up in the museum. The first one I noticed was Haro7's 2004 Haro Backtrail X24 "Master retro". It wasn't the real thing. But I knew mine could never be. Then I saw people taking two 20" frames and making a cruiser like mastertint's 1980 Cook Bros cruiser and 13thoni's 1985 Haro Master 24". So it is possible. A lot of work. But possible. I told my wife my plan and she didn't understand what I was trying to achieve. So I went to Knight Bikes Co.'s website to show her their remake of the Redline Squareback and "Ahhhhhhhh!!!!" (Angels singing). They have already done all of the work for me!!!!!!! And now, after all the planning, getting some parts stolen, luckily finding another seat, and Chip making some killer bars, it's finally done.

More Bikes From comay (9 bikes in museum — View All)