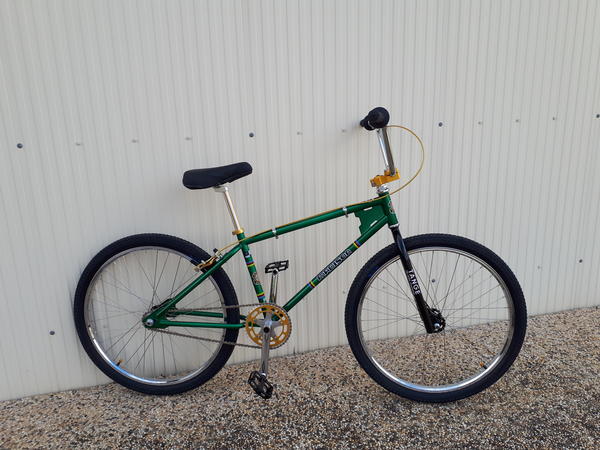 I built this bike for my brother. It's a 26" version of  his '78 Madison that he bought as a frame only in 1978. He then slowly built it up with parts as he could afford them with the money saved from selling newspapers. I originally got the idea in 2014, but Gary had stopped building frames. Then when he started up again in 2018 I put in an order for two frames and forks, one for myself as well! I built it as close as possible to resemble my Brother's bike how he had it bitd, but with modern upgrades like mid BB and 1/1/8" steerer.

I gave it to him for his 53rd birthday. Very satisfying to see him riding it around smiling like a kid that just got a new bike!

Big thanks to Gary(Johnny Chopper) for his brilliant work building the frame and forks.