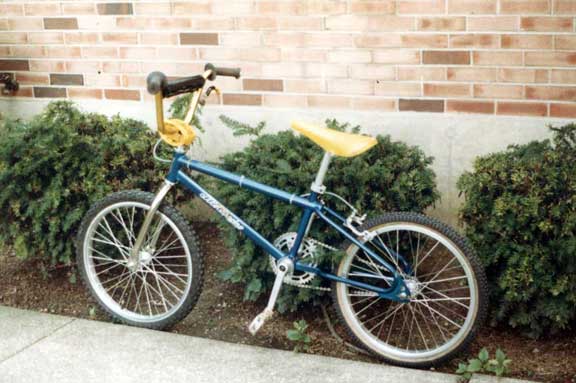 (Traded in 1980) When I bought this they told me it was the same as a Black Shadow. I thought they were full of it, since it wasn't black, but it was their last JMC, so I took it.

Bought this after I sold my fave Torker. (Black and yellow color scheme reflects the Torker thing.) Wanted a Black Shadow with fork, but the shop was sold out. Decided I'd get this and pick up a fork later when they got more in. Loved the bike, but wanted the black one with fork, so I traded it to a kid for a Fuji Feather, which at the time, cost a lot more at retail. It was a bad trade and I never got another JMC. Kid I traded to broke it in several places a couple of weeks later.

Tange Fork (meant to be a temp., shop was out of forks)

More Bikes From PlanetX (47 bikes in museum. View all)