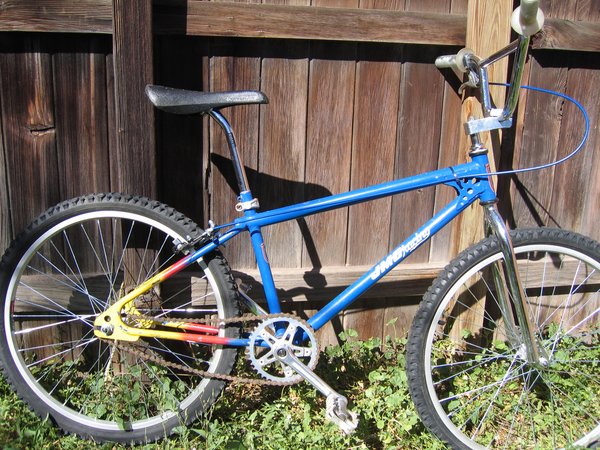 This frame was shipped from the JMC factory in chrome to Ralph's Bicycles. Ralph added one of his signature gussets (and presumably gave it the blue powder/ rainbow paint it now wears) before sending it out into the world. I added the JMC decals. I've had it for several years, and built it up using cheap new parts (except for the Maxy cranks). Someday I'll get around to restoring it and put some nicer period parts on it. It needs the built-in seat clamp lug replaced, and possibly some head tube work to keep the headset cups in... For now it's a sweet occasional around-town scoot.

More Bikes From denver jim (5 bikes in museum. View all) 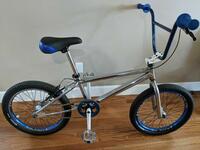