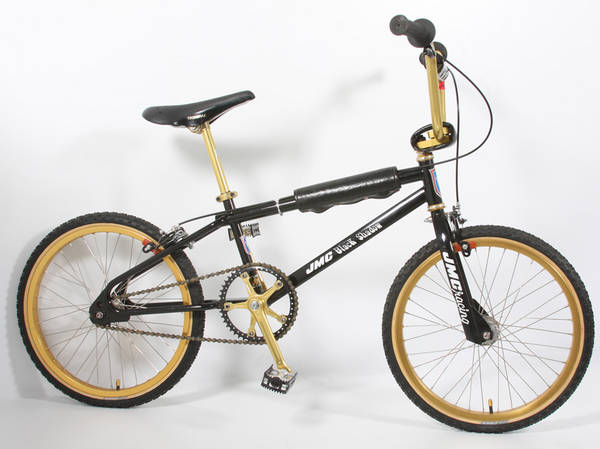 Finally got the bike I wanted when I was 14.

I've been wanting a black JMC Black Shadow with a Euro BB since they came out. Not only did I find one, but through some weird twist of fate or harmonic convergence, I had cash on me to buy it that day.

In 1981 I sold my beloved Torker to buy something longer. I had wanted a JMC since 1978. When an area shop started carrying JMC in 1980ish, I decided that a JMC would be my next bike. I went in to buy a black Black Shadow with a Euro BB. The shop was out of Shadows and had no forks. The only frame in stock was a blue long standard. Being an impatient 14-year-old, I took it with plans to buy a fork later. I had immediate buyer's remorse, but I loved the bike's ride. Soon I was planning how I would replace it with the Black Shadow F/F of my dreams. I never did, till today. Found that this was already here in the museum in OG condition. http://bmxmuseum.com/bikes/jmc/1144

More Bikes From PlanetX (47 bikes in museum. View all)