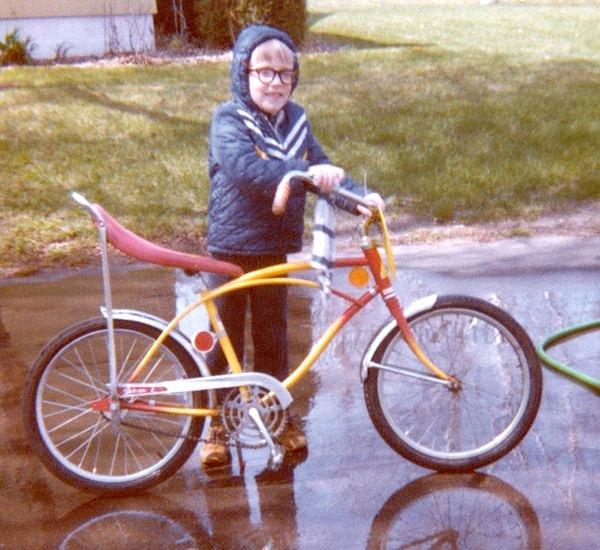 I jumped this bike probably more than any other bike I've ever had (off wooden ramps in the street). It's long gone, but fortunately, I still have these photos taken May 1979 on the day I got it as a family hand-me-down (yes, that is me at 7 years old). I swear, I was fearless on this thing. Couldn't have had the bars further back or the seat further down!

#11!  I never officially raced this bike, but to me, it's still BMX roots! When I got this bike, I remember that my dad told me that kids got together and raced bikes (I probably asked about the number plate). This fueled my young imagination! I didn't actually know about BMX until probably a couple years later though.

These bikes were actually made by Huffy and badged by JC Penney.