Jag BMX- was a company owned by Renny Roker, a fellow from the Virgin Islands. He was an executive for Casablanca Records and he gave me all of Donna Summer's albums, as she was one of my favorites. He built a strong BMX racing team and my company made private label bikes and components for him and Jag BMX was quite successful. Skip Hess.

Jag BMX World Championships were held from 1978-1981 in Indianapolis, then moving to Las Vegas for the 1982, the race was the first world championship in BMX racing. The events were massive, with 4,000+ riders attending, and were among the first to have both TV coverage and marquee sponsors such as Coca-Cola, 7-11 and Thom McCan Shoe Stores. All of this was the brainchild of then-music promoter and BMX team owner, Renny Roker.

Renny made an abrupt exit from the sport in the early 80s, and left as many questions as he did hard feelings in his wake.

OK, Seems there are 2 Generations of JAG bikes...First ended in approx 1980, second started in 1983, involved with Jox/Jag..In 83 Jag came out with the second generation frames. They had redline proline style gussets and a double loop rear end. The bike really looked like a hutch with proline gussets welded on. Even the chrome and black stickers were hutch inspired...
https://bmxmuseum.com/bikes/bmx_products_inc/
Sort: + Post new
1 2 Next → 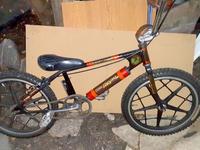 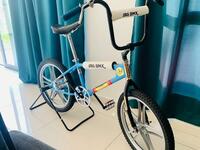 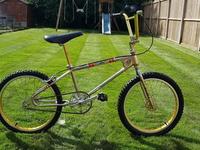 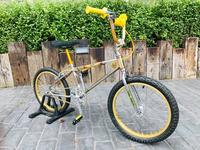 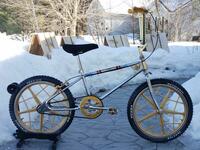 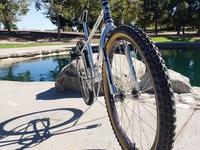