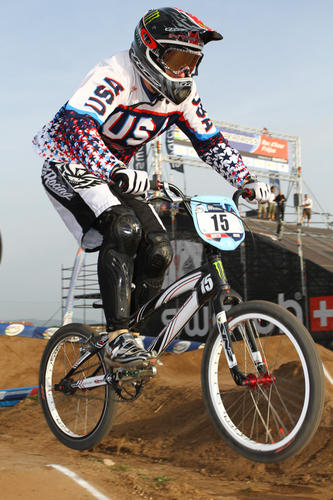 Factory issued Custom Arielle Martin Frame.  Custom Graphics.  This is one of her old race frames.

This is Arielle Martin's used Intense Podium Pro frame that she rode in many races while qualifying for the 2012 Olympics. She was the top female USA contender and crashed just a week before the London Olympics and was replaced by Brooke Crain. "The gold medal hopeful crashed after a mechanical problem during a final practice with the U.S. team on July 30 in Chula Vista, Calif. She was rushed to a hospital with a severe liver laceration and a collapsed right lung, injuries that initially were deemed life-threatening

More Bikes From hondapro3 (48 bikes in museum. View all)