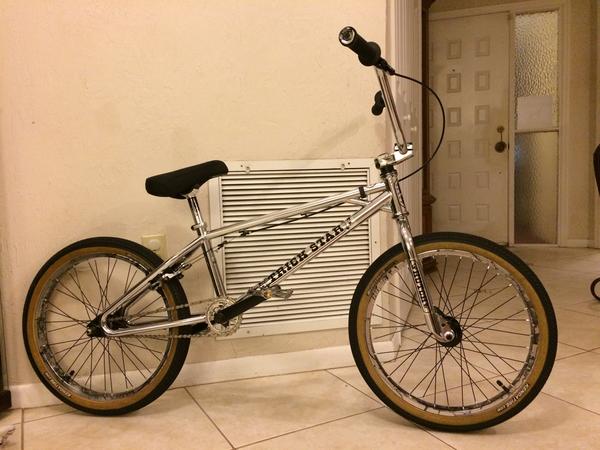 I bought this on closeout from the Hutch website.  Initially  I just wanted a rider with modern geometry and retro looks, so I bought a donor Fit off CL.  Once I unboxed the frame and saw how nice it was, I decided to scrap the donor idea and build it up right.  As you see, Shadow Conspiracy parts are all over this bike.  They are about an hour away from me, and they put out some sick parts.  I am beyond pleased with the results.

More Bikes From Outrunm (3 bikes in museum. View all)