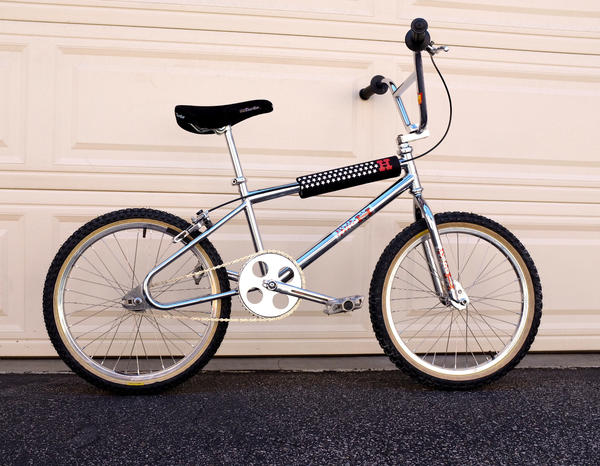 I've always admired that Hutchins Judge II ad when I first saw it in the early 90's. Took me a LOOOONG time to build this one. I got lucky and found an S&S sprocket on eBay for $5 and then about 10 years later found this frameset again on eBay and I knew I have all the parts to build it. The rest of the parts are easier to find. The frame is unstamped and has no serial number. Thick dropouts and much more aggressive geo than the Pro Racers. The Judge II has steeper headtube and seattube. The chainstay is about 14" and top tube is 19". I built this to show what a typical early 90's rider bike would look like using parts available in that specific timeframe.

More Bikes From Spintech (4 bikes in museum. View all)