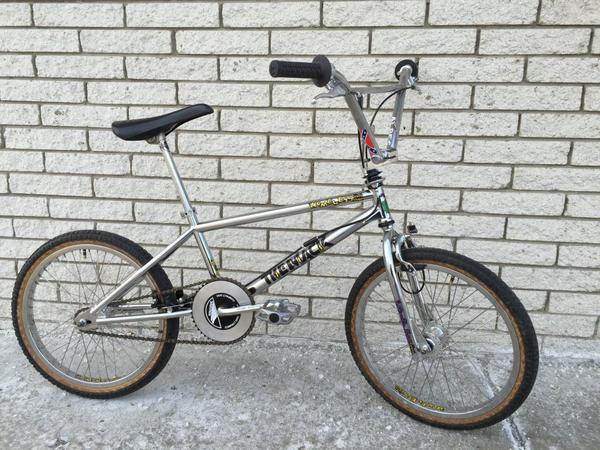 wanted to build another mid school frame, got the lead on this mack frame from (quick2) i bought from (getmoney), well i had no idea where to start, started to do some research on the homeless brand and found some small pics from bmx plus mag. it talked about testing this frame out and it also came with a parts break down of the bike tested, so i ran with the parts list, i sourced all the parts on the list even the same freewheel. the ad says nothing about the wheels used, so i asked (flip from albes) about the ad, he said that homeless would just take other parts and call them whatever. i got a heads up on a set of wheels on the bay, and i couldnt believe it they were stickered homeless and laced to some high flange dk 48s, they were a perfect fit! this is my most favorite build i have done yet!

so no need for a parts list, is is everything in the ad!