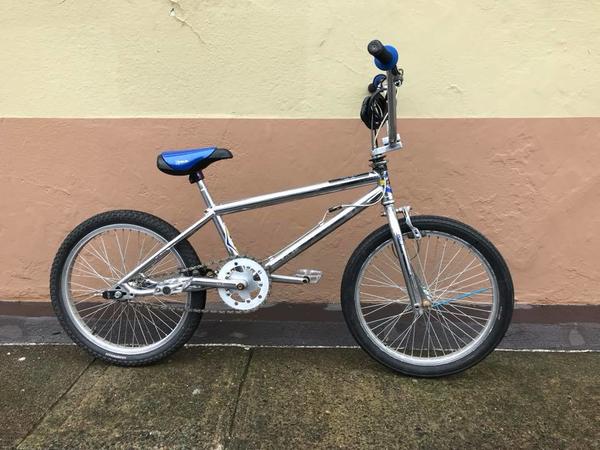 As found from the claimed original owner.

I say claimed because they guy swore up and down it was a GT and it does have GT decals all over it but seems like an excited OG owner would have known what he was getting. He said his dad bought the frame and fork and they built it up. Sounds like a ploy for a few extra nostalgia bucks to me. Anyway this is it as found. SE made Hoffman. I'll give it a clean up. get the paint off the VG guts and see if I cant track down some decals and go from there!

More Bikes From heyslugger (104 bikes in museum. View all)