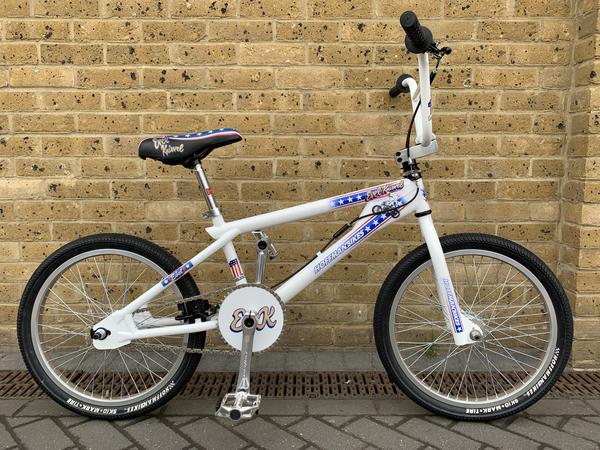 One-off homage build of one of the rarest Hoffman BMX bikes.

My first BMX restoration build, which started way back in 2012, but is now restored closer to the original.

Found the frame only on eBay in the US for a decent price but the seller was adamant he wouldn't ship to Australia. So I bid for it anyway and won it, then had it delivered to my mate in New Jersey who shipped it to me. When it finally arrived it wasn't in the best condition but I managed to bash out a headtube ding and got it re-powdered and it came up a treat. Then began the process of finding the other parts.

I quickly realised I'd chosen a resto with possibly the hardest parts to find of any BMX but 12-years on I've finally got it how I wanted it.

It's been a long labour of love but I love it so it was worth it.

More Bikes From Steviej40 (7 bikes in museum. View all)