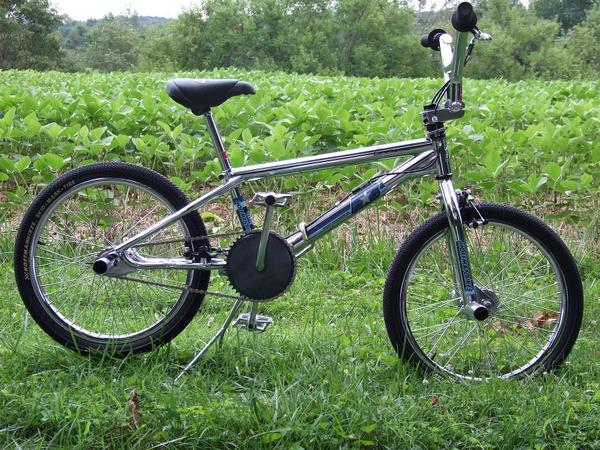 I bought this form the original owner. He bought it and rode it 4 or 5 times then parked it. It was hard to jump a bike that weighs half as much as he did at the time. He bought it from Dan's and it had some shipping damage to the downtube sticker. So they sent him two replacement sets. But he never put them on. He included them with the deal. It's definitely one of my favorites.