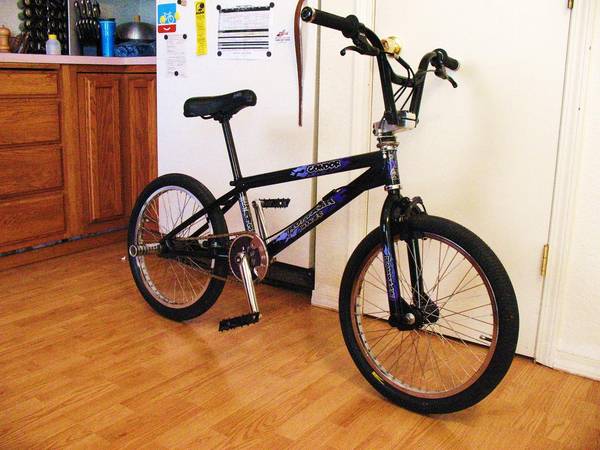 CL score.  I bought a rolling Big Daddy frame set earlier and while checking out the museum and deciding how I'll build it, I kept looking at Condors.  The lust kept building and I had decided to add a Condor to the wish list.  I never thought one would turn up locally, and not for such a good price.  I did the email, msg, and text thing thinking that I would get first dibs in the morning.  The seller promptly called back stating that he was a night owl and happened to have the night off. Too late? I asked informing him that I am also a night owl.  No, come on over he replied  Long story short; I bought this bike around 1 am.  By the way, This bike is show build clean!  Everybody tells you its really clean in the add or over the phone.  This guy is the most modest seller I have ever met.  I was stupified when I first saw it and almost broke out with the Pee-Pee dance.  He had bought the frame set NOS a few years ago and built it up to ride with his son.  He said that his boy never caught the bike bug and decided to sell it.  Kind of sad......... but not for me.  Here is a breakdown of his build and my new toy.

More Bikes From freestyle4me (17 bikes in museum. View all)