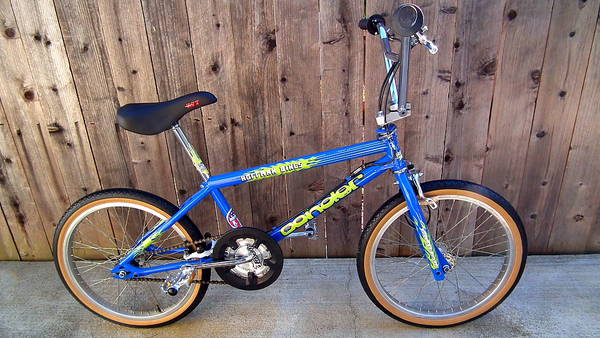 This is my 92 Hoffman condor one of only 200 SE made Condors with a 70 degree headtube angle which was only used in 92. I built this bike to be 100% catalog correct and it is with the exception of not putting the pegs on it, I just didn`t like the way they looked

I absolutely love the way these bikes were built , bulletproof with style. Everything about this bike feels killer when you ride it totally solid and comfortable. It took me a long time to source all of the correct parts but with help from friends and patience she`s finally finished, Enjoy