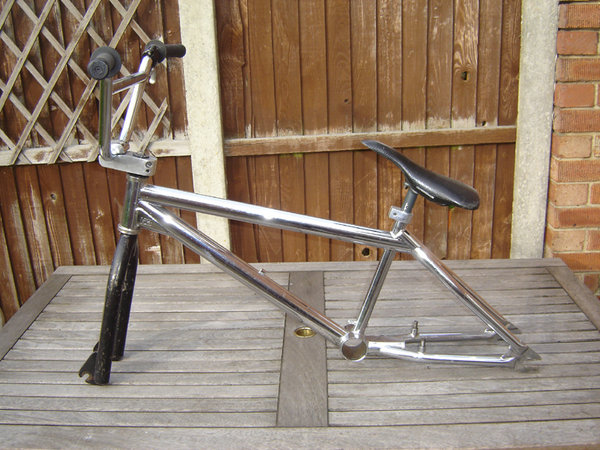 Restoring my Hoffman Taj, with 96 era parts many of them brand new sourced from various websites

Swapped the frame and forks for a Homeless Mack in 98. My friend had it from new from the Backyard shop in hastings. The frame originally Had the red black and white stickers seen in the listings, these were the last Taj's before the name briefly changed to Dirt then the redesign to the Deebo.

Basing my restoration on bikes that were about at the time. most had profiles pitch or ditch forks slams or standard strip bars dropnose seats, usually with older parts lots of anodizing chrome and weight!!!

More Bikes From blackruben (8 bikes in museum. View all)