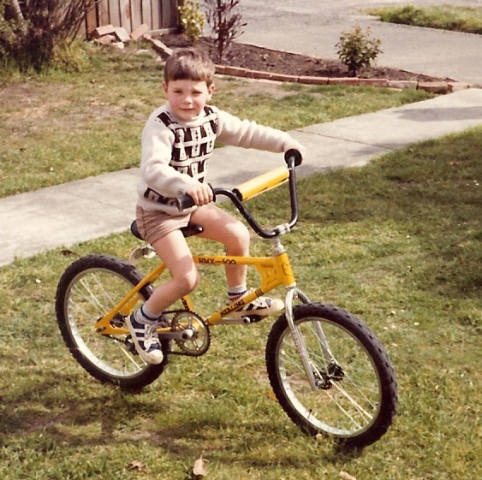 This model was the first 20inch BMX I ever rode, although Ive never owned an HMX until 2007 :).  As you can see it was originally yellow in 1982 but my mate Jason who owns it later painted it blue.  I am currently restoring it back to original for him. The bike was purchased from Pegasus Cycles, Tuam Street, Christchurch, New Zealand. Jason still has the receipt and warranty card for the bike.

I got the frame powder coated by Powdertech in Christchurch. They were brilliant! When I sit the bike next to my own HMX the yellow matches exactly! The colour is called 'GOLDEN YELLOW' for those who have been wondering. $75 incl clear coat approx. Powdertech also have another yellow but dont get it! Its more of a canary yellow and totally wrong!

I will post more photos of bike when finished.

More Bikes From TJ Clark (8 bikes in museum — View All)