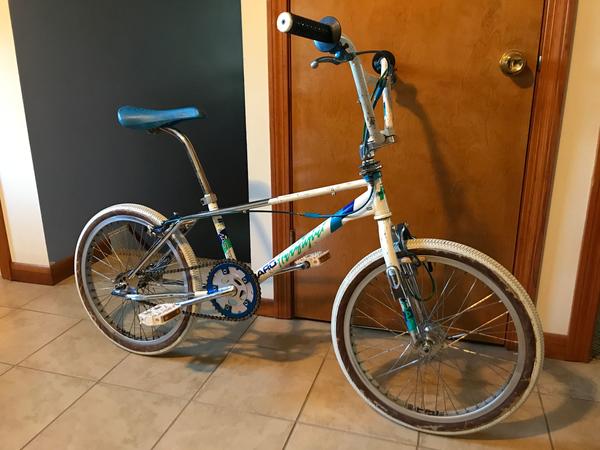 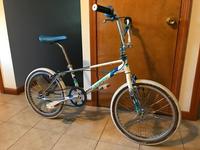 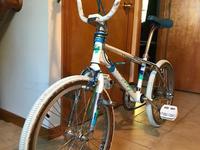 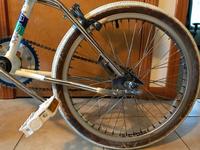 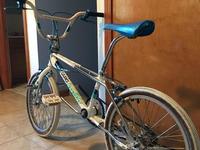 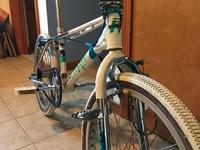 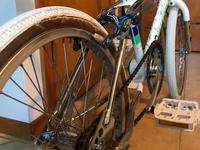 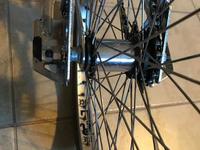 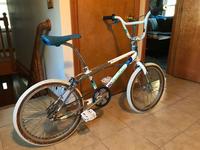 This was a local Craigslist find. The guy I got it from was super cool and held it for me until the end of the day, despite getting numerous calls offering significantly more money than he was asking. The seller's neighbor found it in a shed and gave it to the neighborhood kids to play with. His daughter and her friends called it a "junk bike" and he told me she rode it around the yard and declared "this bike sucks!"

Well, it has found an owner who will appreciate it. I will give it a light cleaning, and OA bath the rear dropouts to remove the rust, but not much else aside from that.

More Bikes From tobin (12 bikes in museum. View all)