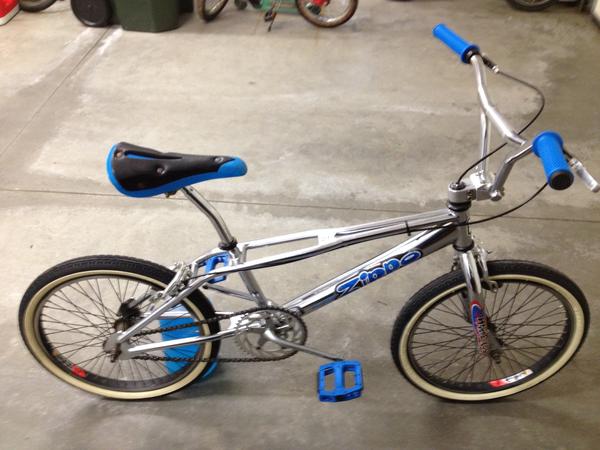 Neighborhood kid score.... One if my sons friends owned this bike and told him if he ever wanted to sell that I'd be interested.kids dad shows up at my house one day,and said he's going to buy his son a new bike and wanted to know if I'd still be interested in the zippo. Heck yea! I thought it was real cool of them to give me a shot at it rather than trade it in. I've been adding some old school parts to give it character.