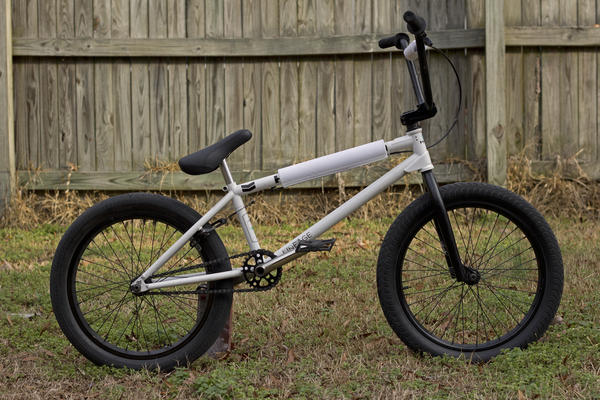 Bike has been parted out and frame is now hanging on my wall. Rare white Lineage sample.

I received this frame from Haro about six months prior to it's release, this one is a sample and I was told is one of five that were painted white.  This was my rider for six-seven months before I received a production model, it currently awaits a display spot in my future man cave.  It even has a DMC signature on the bottom bracket, dated 2013! (Lineage wasn't released until 2014)

More Bikes From rideon (9 bikes in museum — View All)