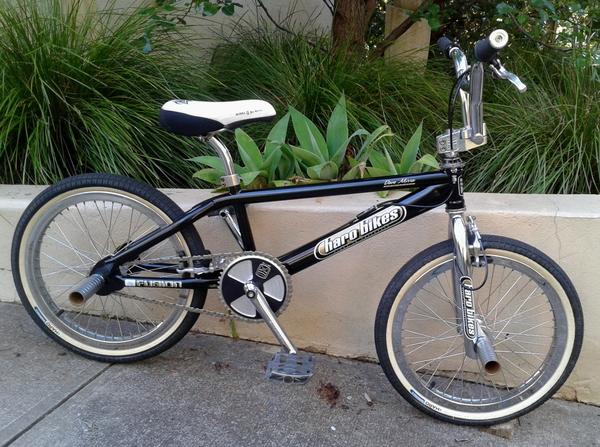 Found this bike locally about 18 months ago and since then have been slowly collecting parts and have recently completed the build. Last photo shows condition when first purchased. It was in reasonable condition, had been well used but not abused. Frame was straight but scratched up so I stripped it down and had the frame powder coated gloss black with clear top coat. The wheels that came with the bike weren't original as they had Joytech hubs so I swapped them for a set from a 99 Supra DLX. Also added original Mirra Pro seat, NOS Kneesavers and Haro Multisurface 3 whitewalls. Would someday like to add some original decals but for now, I'm loving it just as is!