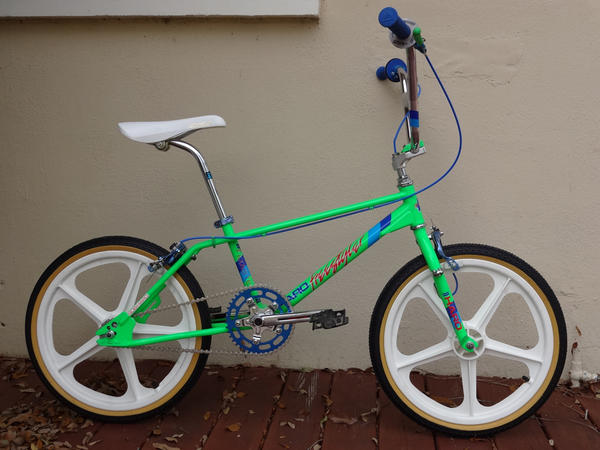 I had this bike in Ohio, then moved to Florida where I didn't ride it much.  I left it in the garage for probably 6 years at my dad's house who lives on the beach.  The rust got to it so after about 2 years of wanting to do something with it I finally sent it off to Chip at c4 and determined the pitting was too bad in the rear to re-chrome it and make it back or it's half chrome/white scheme that it used to be.  I went with a solid color and of course, chose envy green!  I salvaged some of the old parts and also got some new parts, mainly sealed bearing tuffs and new redline flight cranks because I was definitely going to be riding it!

I'm to the point now where the bike only needs a few minor things, like the potts bolt re-chromed and the nippon quick releases have a bit of rust on them still.  Other than that, I walk the dog with this bad boy.  Here is a breakdown of the parts.

More Bikes From pointer (4 bikes in museum. View all)