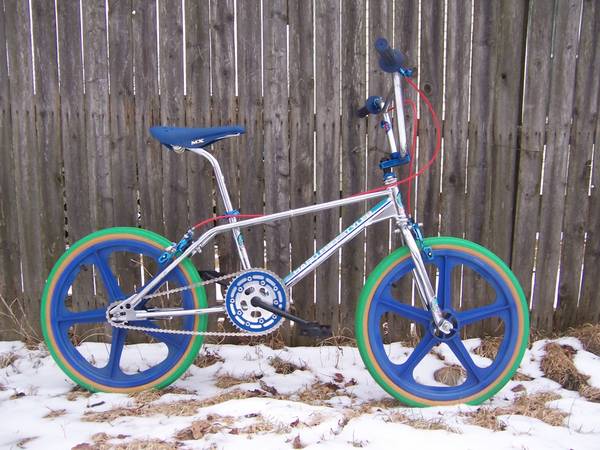 My buddy was lucky enough to get one of the first freestylers released on the east coast.  It was the envy of all of us kids BITD.

I tried getting this off him many times but it never happened.  One day out of the blue I receive an email saying that he just got his bike back from his nephew that had all the original parts stolen/swapped out and had found the bike on the side of his sisters house and couldnt stand to see it like that.  He took it home with intentions of fixing it up and displaying it but it only frustrated him seeing it the way it was now. He said if i wanted it for my collection then come and getbut he would like to see it built up like he had it. Thats was an easy request and I was out the door like a shot.  I paid decent money for it but I didnt care since I know its history.

* Im still missing the Haro Vector bars and MX3 grips to complete the way he had it in the 80s. *

More Bikes From masscruiser (3 bikes in museum — View All)