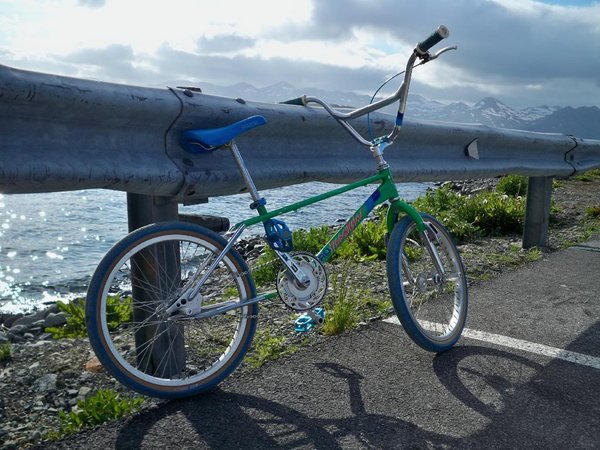 A Tribute bike to Dave Nourie!

I decided that a tribute bike was in order to one of the most underrated old school freestylers to ever ride a Haro. Back in 86 Nourie rode a Late 85 Haro Master, it was stickered and powdered as a green 86. The forks were a higher mount like the 85, he used chrome 85 bars, odi mushroom grips, tech 5 levers, a fluted straight seatpost, blue Viscount Dominator, Tioga quick release clamp, blue group 1 stem, group 1 cranks, i believe chrome peregrines with Haro Hp tires in blue. Also he used a rotor and ran red brake cables. I wanted to build a bike to Commemorate him but also have my own flair. Well this is almost a replica but with a couple of differences, i used only the front brake, tioga ramps, and silver hp peregrine wheels. Later on i will run red cables, but for now this is how she sits. Hope you guys enjoy it.

More Bikes From RADbandit (7 bikes in museum. View all)