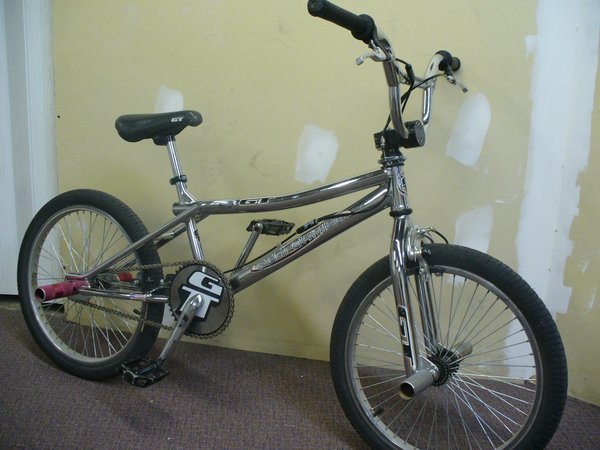 This is my son's old bike that he used to ride. I ended up buying this off of an old high school buddy who bought it because he always wanted one when he was a kid (sound familiar). Anyway, I bought it for my son for his birthday one year. I think I was more excited than my son ever was. It is all original except for the U-Brake on the front. It used to have a Bulldog. I think I'll put the Bulldog back on to keep all original. It now sit's beside the "Black Knight" down at the shop. It was made in the USA in Santa Ana, California right before GT hit financial difficulties and was sold.