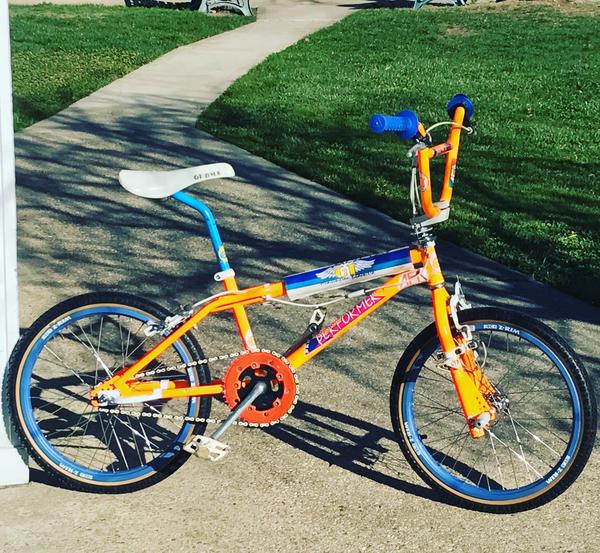 Original finish 86 GT Pro Performer. Recently acquired so I don't know the history other than the person I purchased this from says he is the original owner and it came without a serial number. Upon further inspection there is evidence of a number 4 as the first number. Getting past that, what I find so awesome is that the bike appears to have virtually no color fade. When I got it the bike had stickers everywhere and were tattered so I removed a few expecting to see a difference in the paint but there isn't any. It's 100% original finish as the scratches and scuffs would prove.

I decided to not use the white mags I initially had for the bike and instead put on these NOS ACS Zrim hoops I laced to Suzue highflange hubs. I had NOS GT tires in black and figured it would go better than white tires. I put on a Hawaiian Blue GT post and the GT pad and boom, this is what it added up to be. I hope you like the bike as I do, and maybe it is one of your favorites...
Found an original post, got it from a good friend of mine. I put it on and this thing is coming together so nice. I added blue ukai rims and I have the rest of the pad set I'll be mounting sooner or later
Lmk what you think

More Bikes From TimCirello (36 bikes in museum. View all)