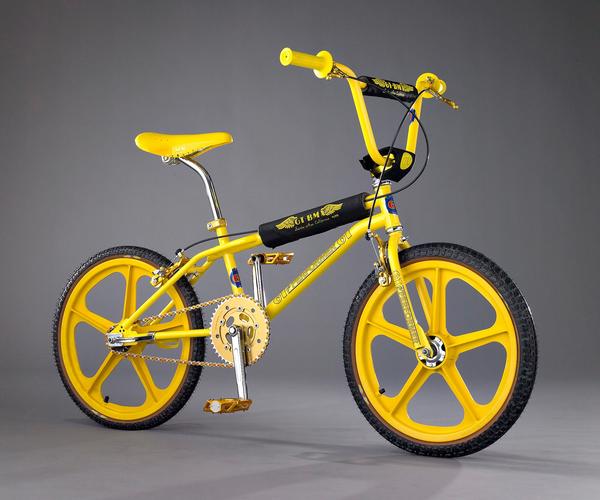 Actual Winterland bike in studios Pictures, I saw and purchased this actual bike many years ago, originally built By James Tobin who sold it to Juan Mattos at BMXAddicts and I convinced Juan to sell it to me, I had to have this bike....firstly because it's the best known publicised winterland bike, as most would have used these photos to build their replicas from, James did not have time to source a tuf neck seat post clamp at the time of the photo shoot, there are a few parts that I changed, the skyways were almost new, but not nos, so I put nos skyway tuffs onto the bike and chromed the freewheel, the pedals had a little mark on them so replaced them with nos, I have now replaced the seat post clamp with a nos tuf neck, seat post sticker, the only thing I will replace is the pad set with a nos set I located. Bike was powdered by the man who does all my bikes...Chip at C4Labs

Unstamped 1984 FS Stamped frame and the "SPECIlAL" forks Ed used on this bike.
Very early Fat/Skinny GT Shinko tyres (tires as you yanks call them) never seen these in used condition let alone nos
Eddie and his family came to my house here in the UK for a visit and signed the bike
Hope you like guys

More Bikes From FINNY(uk) (4 bikes in museum. View all)