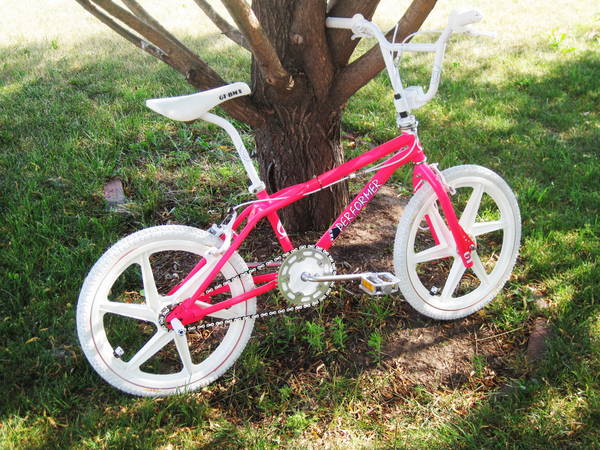 this was my bro's bike. he bought it brand new but sold it around 88/89 for dirt cheap and my dad bought it back and cleaned it up and repainted it in late 1992 and replaced all the bearings. he used 1992 pro freestyle tour decals... my brother also replaced the white gt mags with araya rims and i cant remember what kind of hubs they are...he did this back around 87/88 i think. this bike was originally day glow pink. the bike shop it was purchased from bought a day glow pink frame set and built it into a complete bike, which my brother bought. this frame is missing a number in the serial number. it should have a 6 after the 8.

More Bikes From DemonGT (37 bikes in museum. View all)