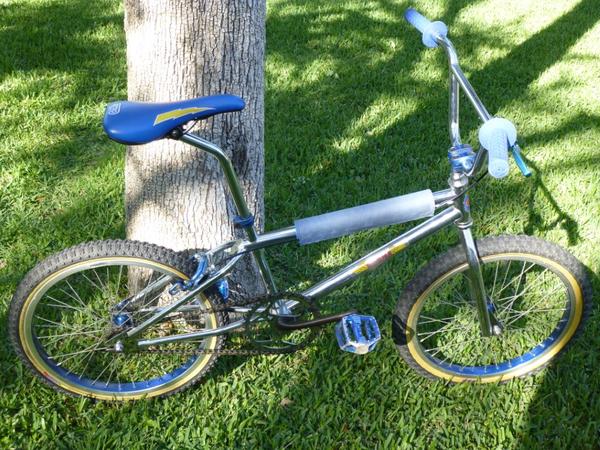 My old bike from the early 80's

Back in my early teens I rode this bike every day. It represented so many things in my early life: transportation, entertainment, freedom. I loved this bike! As I got a little older I became less interested in it and ended up selling it to a buddy for almost nothing. I immediately regretted getting rid of it, but eventually forgot all about it. My buddy rode it for a couple of years, then sold it to mutual friend who ended up moving out to the west coast with it. 25 years later, my buddy gets a call from that guy asking if he had any interest in the bike. Apparently it had been in storage for years, all but forgotten about. My buddy arranged to have it shipped back and gave it back to me as a Christmas present a couple of years ago. They were both there to present it to me. I was totally surprised and stoked. Talk about a cool gift from a couple of rad bros!

It's pretty much original, the way I remember it, except for the new Retro BMX seat, A'me grips and rainbow Comp III's I put on.

More Bikes From Flyin' Squirrel (3 bikes in museum. View all)