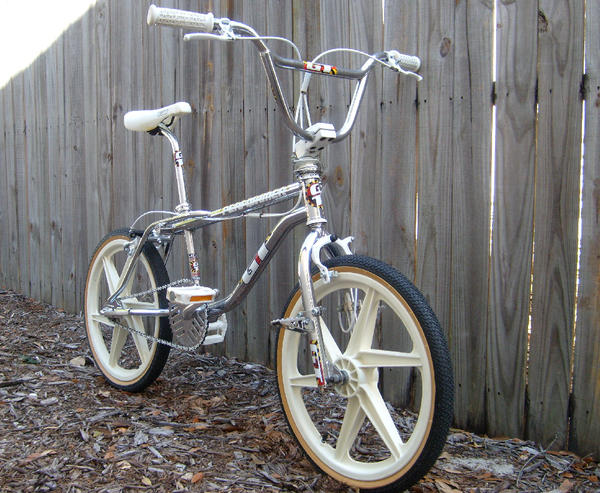 I bought this frame and fork from a member here, it was in such a great shape, I had to have it. The Chrome on this frameset looks like it was done last week, best 23 year old chrome I have ever seen on a bike. I found the OG repop decals on the bay and the rest just happened little bit at a time like most bikes here.

I prefer the older mag style so I went with it, I might put the correct mags later. I had a white one just like this I bought new at David's Bike World in Altamonte Spring FL back in 1990. I was going to paint this one white, but I am glad I didn't. It would have been a shame to cover that chrome ( although not really my taste). I have a blue one too and I am almost done with it.

I have a few more pictures in the post.

More Bikes From Bling! Bling! (16 bikes in museum. View all)