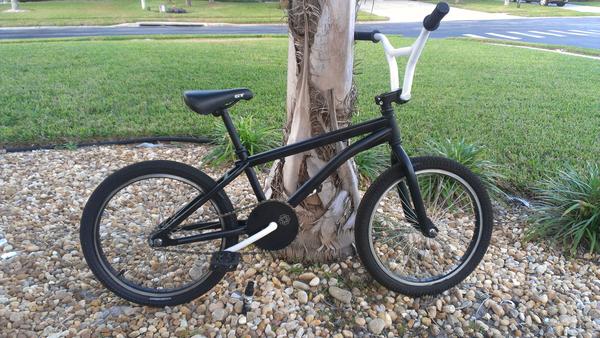 Back from the dead...

2007 GT Compe, received without wheels in excahnge for an old Standard frame that had the rear dropout sheared off. Was in rough condition, originally had the minty green look but stripped down and rattle canned it with some flat camo black and white gloss on the cranks and bars. Nearly all GT (frame/fork/pedals/stem/seat/seat post/seat post clamp) with some Leadtec kneesaver bars and cranks off a 2006 Dyno Compe, and a miscellaneous Mosh 44 tooth chainring. Turned out pretty nice, this is going to my son's best friend as a christmas present from my son. Thanks to BlacKDiamonds for the Alex wheelset!