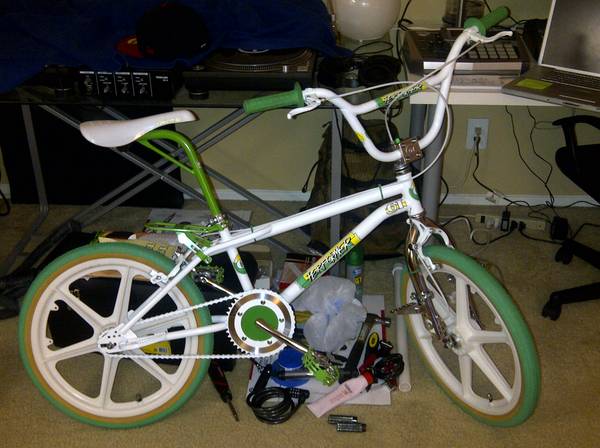 I got this as a frame, bars, post set that was powdered white. This was my first 80's build. Got a decent deal on it, but if I were to do it again probably wouldn't have. I got desperate for a set of forks and finally got some off ebay. Didn't know it then, but I got 86 performer forks usa built. Paid too much for them, but overall with the price I paid for the frame, not bad. I never got the forks powdered and put on.Bike was just finished with 87 decals that matched. Looks good but that bothers me a bit now.

More Bikes From followyoursole (4 bikes in museum. View all)