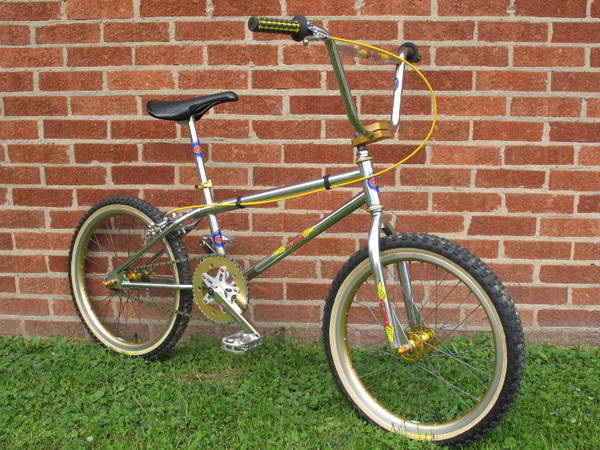 I've always liked these bikes so when this frame came up I had to get it. I already had the fork to another '81 but the frame was trashed. The forks are un-drilled and the bars have no knurling. I've always seen these built in red and blue and they are always sweet. I wanted to go with a different look so I tried gold black approach with it. I dig it!!

More Bikes From Cb Lee (17 bikes in museum. View all)